Selecting the correct ammunition with intended use in mind is so important.  If you’re planning on training or target shooting, here’s some information on popular types of training ammunition that you might consider purchasing.  These are great for putting holes in paper targets, but you may not want to use it for personal defense or hunting. If you own a rifle or pistol, you might consider picking up FMJ rounds for training or target shooting. FMJ stands for Full Metal Jacket.  The round features a bullet with a soft lead core, which is covered or encased by a tougher, more durable metal.  FMJ rounds are inexpensive and easy to manufacture. They’re not as effective for personal defense as hollow-point rounds, but they’re great for target shooting. These projectiles do not expand once they contact their target, so they can actually penetrate the target, traveling all the way through and out the other side. For target, trap or skeet shooting, consider purchasing rounds with “target loads.” These rounds feature small pellets, sometimes made from lead or steel, which are best for target shooting. The lower the “number” for the shot, the bigger the pellets: 0 buckshot and 00 buckshot, are some of the largest, and best for hunting game. (Note: these are pronounced “single aught buckshot” and “double aught buckshot”). No. 7 through No. 9 shotgun shell sizes feature small, bb-like pellets that are excellent for target shooting or bird hunting. Shotgun rounds with smaller pellets are relatively inexpensive, and they’re easier to fire than bigger shotgun rounds with large pellets, which offer more of a kick.

These projectiles can discharge multiple pellets at a time with low

Some pistols and rifles fire small-caliber, rim-fire ammunition, like .22 caliber rounds. These rounds are inexpensive, and feature small bullets and light loads. They have very little recoil and can be bought in bulk. These rounds are best for target shooting and varmint hunting; excellent ammunition for new shooters due to low recoil angle. If you own a pistol or rifle for self-defense, consider using hollow-point rounds. They’re usually more expensive than FMJs, but they offer more stopping power. Hollow-point rounds feature a small depression or cavity on the tip of the slug, exposing the soft lead.  Upon impact, this round expands (or “Mushrooms”) which transfers all of the energy into the target and creates a large cavity, especially when it exits the target. There’s also less of a chance for over-penetration. Use rounds with larger pellet loads. While rounds with smaller loads are good for targets, they’re not ideal for self-defense or hunting since they don’t offer much stopping-power. Use larger loads, like 0 or 00 buckshot. Little recoil allows for quicker follow-up shots. There’s also shotgun-specific hollow points that don’t contain pellets, but instead expand to create a softball-sized cavity. Another option is a tactical load which expands but doesn’t over-penetrate. Whether you’re hunting, practice shooting, or simply storing a gun for self-defense, it’s important to have the right ammunition for your gun and its purpose. Other types of ammo to check out include: frangible, marking, blanks, rubber projectiles, etc.

*Always check with your state and local laws for restrictions before ordering ammunition, and make sure you use the correct ammunition for your specific firearm. 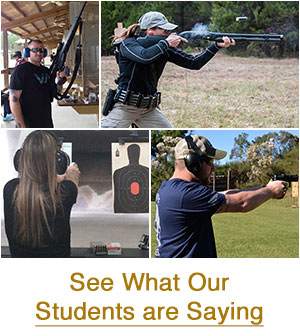 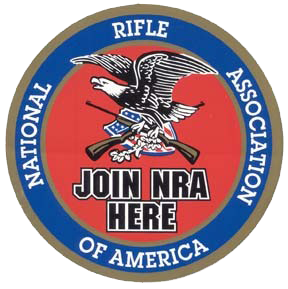